Hi, my name is Yukako. I got married to a Latvian husband a couple years ago, then moved to Latvia. So, I currently live in Latvia and convey authentic information relating to Japanese culture by teaching tea ceremony, etc.

Then, today what I would like to share with you is “Top 10 foods” you may have never seen outside of Japan.

Washoku-Japanese cuisine- has been worldwide known since it was officially registered in UNESCO’s Intangible Cultural Heritage list. You all may have a good impression when hearing “Washoku”, however, there are still so many mysterious foods for you in Japan. So, I have made a food list for you according to my experience. Let’s have a look. 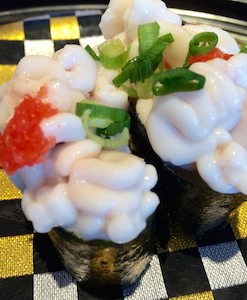 Milt or soft roe. It also refers to the male genitalia of fish when they contain sperm. You eat it in raw as well as lightly baked. In Japan, you often can see it as topping of sushi Gunkan roll like one in the picture. You also can simply eat it with ponzu sauce and spicy grated daikon radish. 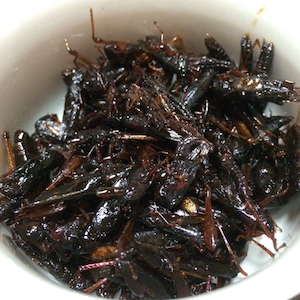 Locust boiled in soy sauce and sugar or syrup. Locusts can be captures a lot in rice fields in autumn, but now they are factory-produced for human consumption. Someone said, “Taste like crunchy shrimps”. 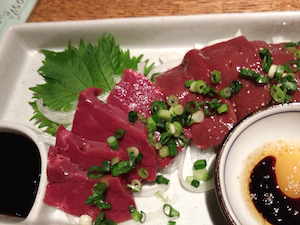 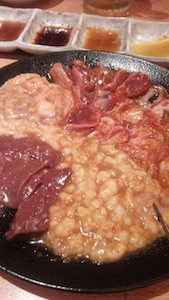 Beef or pork offal. Parts which used to be discarded. So, it’s also said that the name “Horumon” is derived from the Kansai dialect term hoorumon (放る物), which means “things to be discarded”.

You can eat either baked or boiled one. 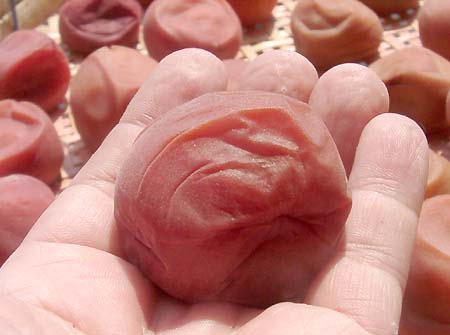 Pickled plum fruits. They taste very salty as well as sour, so some of you think if it’s rotten, but NO! It’s a common preserved food in Japan. They are usually served with rice or eaten in rice balls. One of excellent Japanese traditional foods. 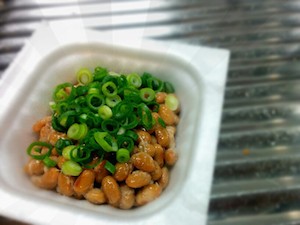 Fermented soy beans. Natto is one of the most famous Japanese foods. After steaming soy beans well enough, ferment them with Natto bacteria. They are usually served with soy sauce and Japanese mustard. It may look too gross for some of you, but it’s very rich in Vitamin K and a good source of protein. So, don’t be afraid! 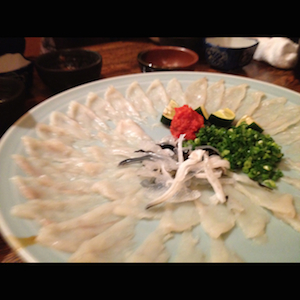 Pufferfish. Though it’s one of luxury foods in Japan, it is also considered as one of the most poisonous fish. So, only those who obtain the licence can clean pufferfish and serve it. Ways to eat are various; raw sashimi, bake, deep fried, etc. 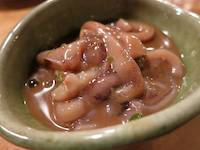 Bee larvae. This is rare delicacy of Japan. I even have never tried it. According to wikipedia, people eat them in stewed, steamed, boiled, deep fried, baked, and even raw!!

Basically, I’m not so brave though.

Squid marinated in salted fish guts. It tastes very salty and fishy. It’s usually served as a side dish for rice. These days some also use it to make Japanese style of pasta sauce.

I deeply understand your fear…. because it looks very slimy and has strong smell too.  However, this is a typical food menu at Japanese drinking place, so you can easily find and try this. 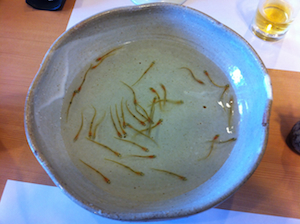 “Shirauo” means icefishes or noodlefishi in English. “Odorigui” means swallowing them alive with soy vinegar sauce. This way to eat is popular especially around river side area, but please mind that eating raw fish has some risk to acquire a parasitic infection.