Japanese Sake or rice wine is now widely known all over the world. The taste is sweet and mild. As wines were developed for French cuisine, Japanese sake also gives a special additional taste to Japanese food. This time I would like to introduce how to make sake and what types of sake there are.

How to make Sake

Though Japanese sake has become popular world-wide, only few people know how it is actually made. The main ingredients are rice, water, yeast and the koji. Same as other alcohols, Japanese sake is also a brewed alcoholic bevarage.  Fermentation is a process where yeast converts sugar into alcohol. Since rice does not contain any sugar, it cannot be fermented as is. It has to first be converted into sugar with the help of enzymes found in a particular mold called koji‐kin. The resulting koji is then added to yeast known as kobo and left to ferment. It’s from this extremely elaborate and complex process that we get sake. 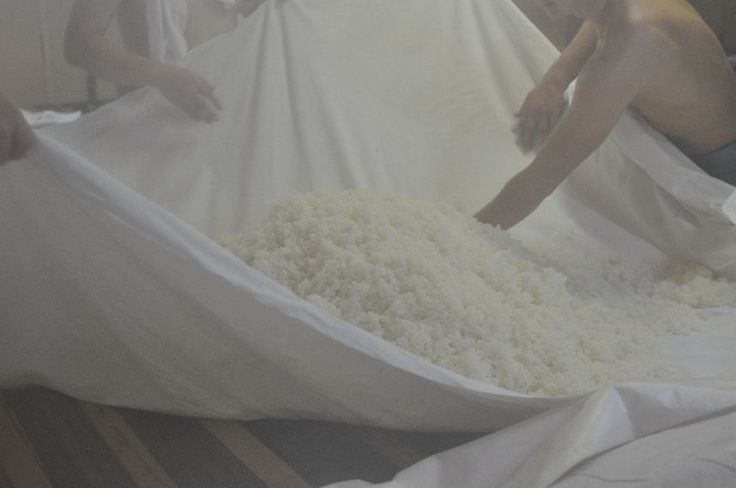 Firstly, the rice is polished from the proteins and bran which make sake less flavorful. Then, these rice is washed carefully in water and steeped until the grain has absorbed 30% of its weight. Steaming is proceeded after steeping. Once the rice is steamed, spores of the aspergillus oryzae mold are added to produce koji. With the help of the yeast, the rice starch is converted into glucose (moromi). Once the glucose is produced, shubo is prepared by mixing steamed rice, water, koji and yeast. The shubo accelerates the fermentation process of moromi after mixing them up. Once the moromi is completely fermented, it is time to press out the clear sake.

This is how to make sake. Please also refer to the video down below if you are interested further more detailed.

To be continued to the introduction of the types of sake!