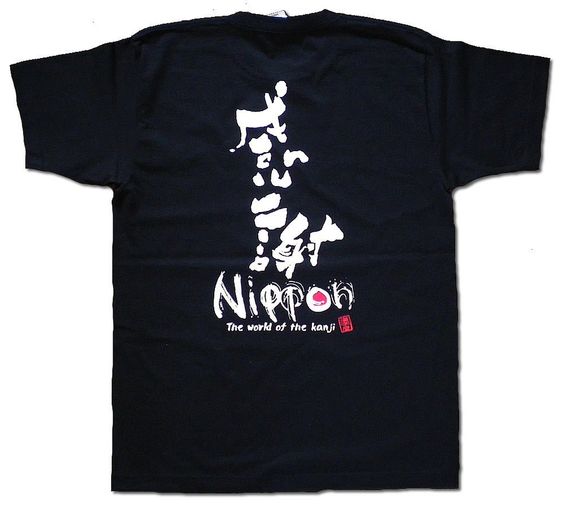 When you travel somewhere, a typical travel souvenir is a t-shirt. I think you often see such a T-shirts designed with the phrase “I love ~~” and a name of a city such as “I love New York”! One of popular Japanese souvenirs is a T-shirts designed with kanji characters (Chinese characters). The written Japanese language is divided into three components that are hiragana, katakana and kanji characters. Among foreigners, the design of kanji is especially cool. Kanji uses only a few strokes yet meaningful, making it a wonderful form of writing.

Among them, kanji is no doubt the most popular. Kanji is one of the unique characters in the world because each kanji character has a meaning with one or more different “readings.” Of the 2,136 kanji characters designated for common use, “侍” is very popular among foreigners. It reads “samurai,” meaning warriors who lived in the old days in Japan. Another very popular t-shirt design is Mt. Fuji, the symbol of Japanese beauty. Other popular words are “一番 (ichiban)” meaning No.1 and names of places such as “東京 (Tokyo).” You’ll be able to find a variety of these kanji t-shirts at souvenir shops located in popular areas for visitors such as Asakusa, Akihabara, and Harajuku.

When travelling, it’s exciting to pick up good souvenirs for your family, friends and yourself. T-shirts are useful in a daily life, and you may find them at relatively affordable prices. I hope you find a favorite Kanji T-shirts!!