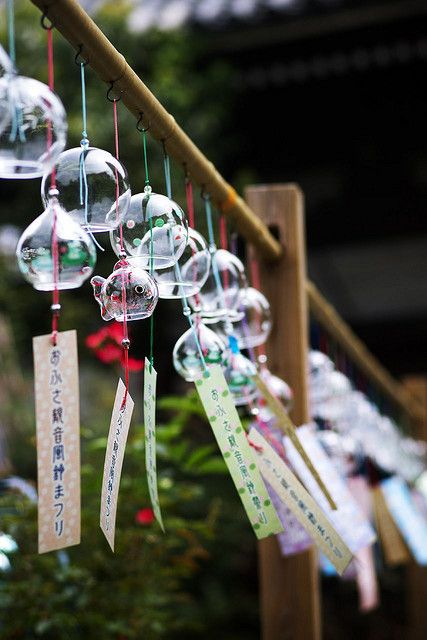 It is very humid and hot in summer. During daytime you rarely see people on streets! I also advise you not to walk around during daytime in summer or you may not be able to do that even though you wish! One Japanese famous essayist and Buddhist monk Yoshida Kenko observed Japanese climate and wrote in his 14th-century work, Tsurezuregusa (Essays in Idleness). He wrote there about summer, “Houses should be built with summer in mind.” Japanese winter is also cold, and it goes down to below 0 C degree. Though, the summer is harder than that, so he left the message like that.

When the summer approaches, two kinds of sound are often heard in Japan. One is cicadas, and the other is wind bells. They are considered as features of Japanese summer.

To enjoy a hot summer, we invented many items in Japan. So, I introduce one of them in today’s article.

Wind bells are called furin in Japanese. The time when the wind bells were crafted is back to the Edo period (1603 – 1867). It’s a craft of glass art and 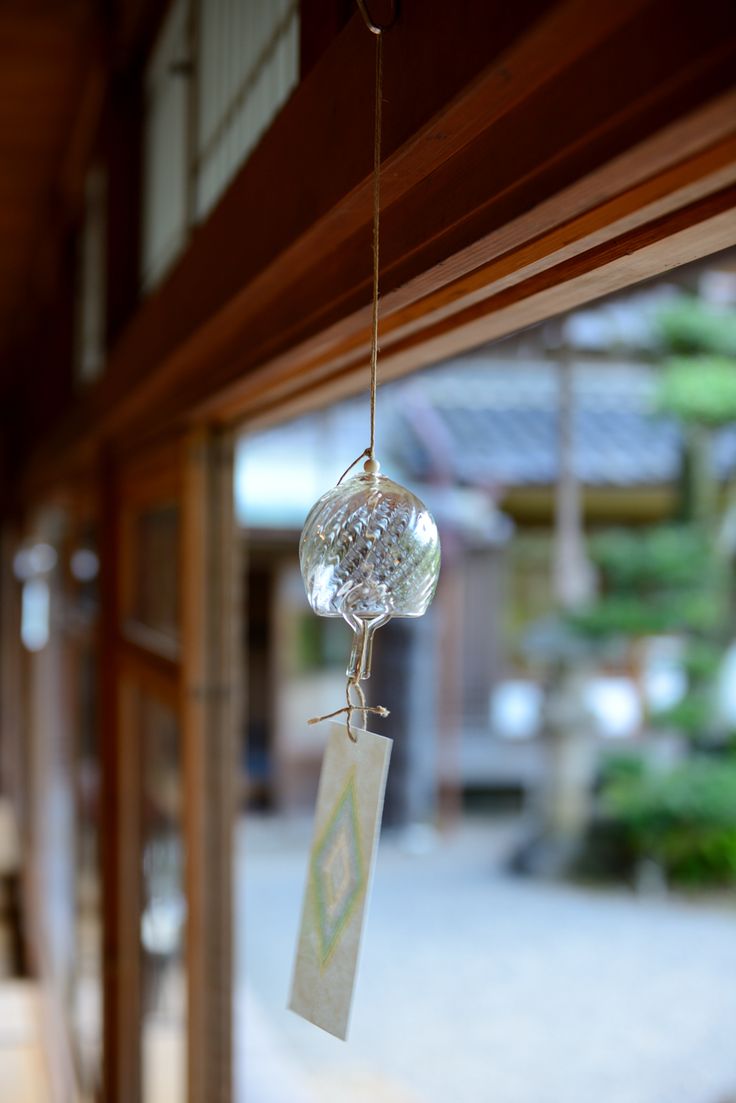 gives a lighter and clear tone that makes people feel cool in hot days during summer in Japan. The sound was also believed to ward off evil spirits.

It’s usually hanged by the window side. When it rings “chirin, chirin” a wind comes into rooms through the window.  It gives us to feel so comfortable with such a natural air conditioner. This sense is named “Enjoying cool”. From the old time, we developed the sense to enjoy the coolness in a hot summer without modern technology.

I hope you also enjoy the summer in the Japanese traditional way!